Getting to Know US… 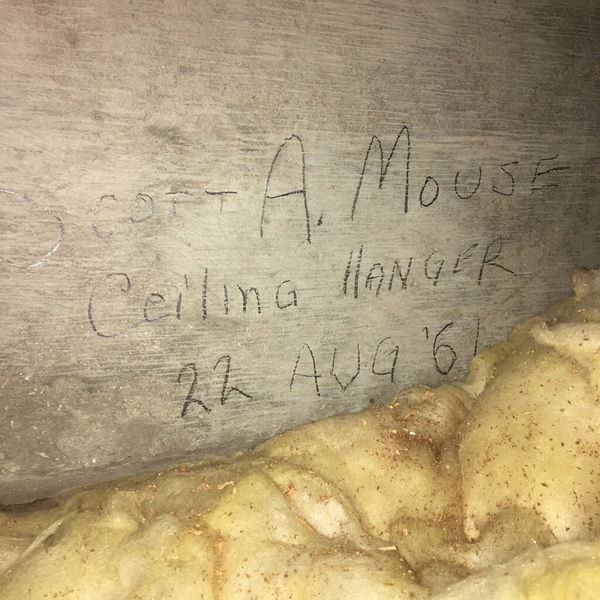 Courtesy photo: During a recent remodeling project at First United Methodist Church, Lindy Whetzel noticed handwriting on the wall above a ceiling of a previous remodeler. It read, “Scott A. Mouse, ceiling hanger, 22 Aug ‘61. Mouse was Lindy’s father, who died in 2010. Whetzel’s sister Marcy Looper, who died in 2015, left a memorial gift to be used for updating the choir and bell choir room where Whetzel found the signature. 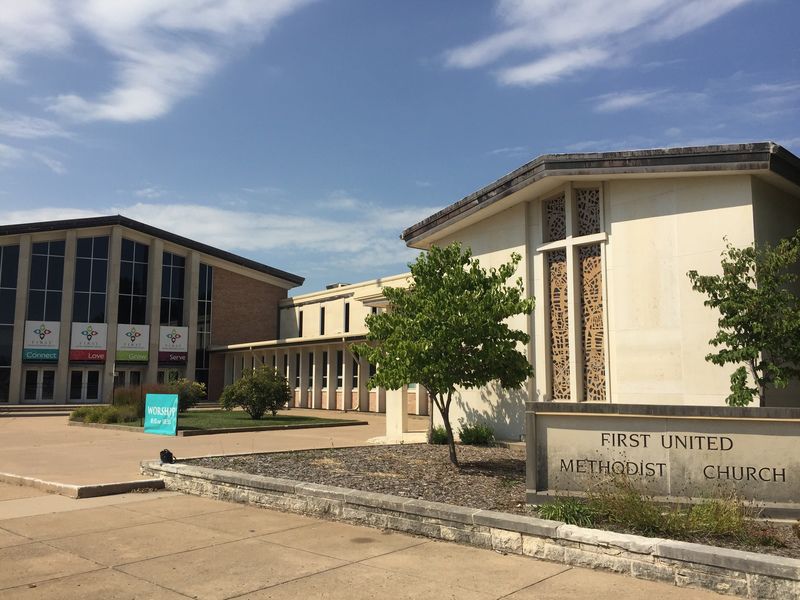 The First United Methodist Church is located at 823 Merchant St. It was in this church that Lindy Whetzel discovered her love of church music. Above, during a recent remodeling project at the church, Lindy Whetzel noticed handwriting on the wall above a ceiling of a previous remodeler. It read, “Scott A. Mouse, ceiling hanger, 22 Aug ‘61.” Mouse was Lindy’s father, who died in 2010. Whetzel’s sister, Marcy Looper, who died in 2015, left a memorial gift to be used for updating the choir and bell choir room where Whetzel found the signature. 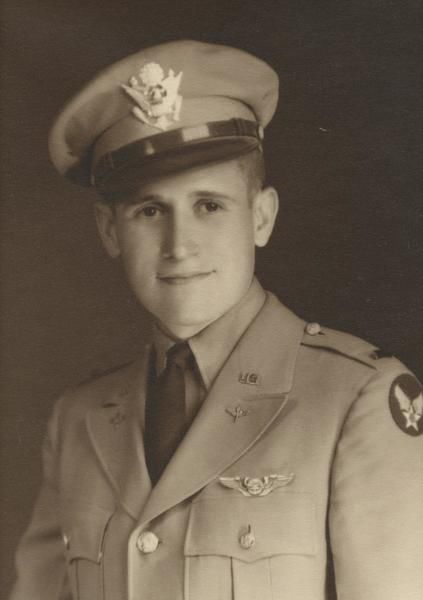 Courtesy photo: Scott Mouse was a member and baritone soloist for the sanctuary choir of the First United Methodist Church for more than 50 years. After the church burned in 1957, he was secretary of the building committee for the new church. 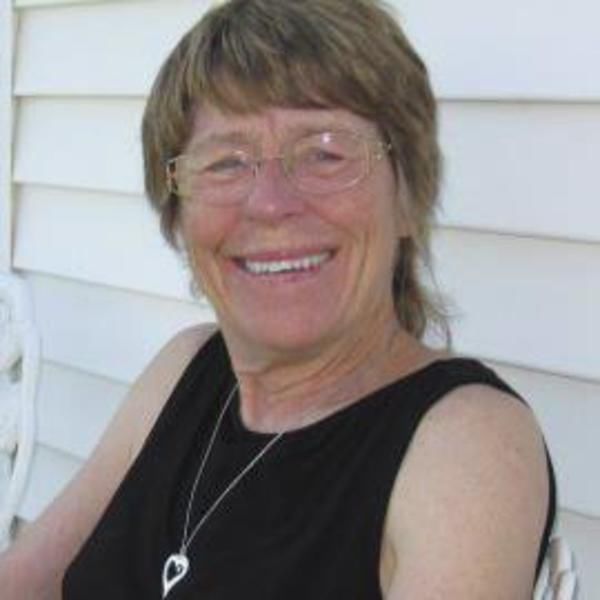 Courtesy photo: Lindy Whetzel grew up in the First United Methodist Church. She recently took on a remodeling project at the church with a memorial gift from her sister Marcy Looper. The choir and bell choir rooms were recently remodeled, leading Whetzel to a generational discovery.

Lindy Whetzel found a piece of her heart recently when she took on a remodeling project at First United Methodist Church in Emporia.

Inspired by her sister Marcy Looper’s memorial gift to the church, Whetzel decided to use the money for a remodel of the church’s choir and bell choir room.

Whetzel said she and her sister grew up in the church and it was a special place for her family.

“The money for the remodel was given by my sister’s memorial when she died in 2015,” Whetzel said. “I didn’t want it to just be given to the church — I wanted the donation to have a purpose. Our parents were really big in the church choir. My dad, Scott Mouse, was a soloist and we were always really good friends with those who directed the choir and the organist. It was always a big part of my family, and I have many fond memories of that time.”

Whetzel said her sister didn’t specify what she wanted the money to go toward, but did want it to go to First United Methodist Church.

Whetzel said her dad, who died in April 2010, had a great love for his church.

“They honored my dad back in the 90s for his service to the choir,” she said. Daddy sang solos and a specific one was, ‘There Is A Balm In Gilead.’ When they had this party for him, he sang this song. We had it taped so when he died, we played it at his funeral and had his picture up there. It was so special that he sang at his own funeral.”

Driven by her love of music in the church, Whetzel said she loves being a part of the choir, as her own father did.

“The music at this church is the biggest part for me,” she said. “I love the bell choir — the sanctuary choir. I think everybody has a different opinion of what keeps them coming to church and for me, the music is it.”

That love inspired the remodel and Whetzel worked on painting and carpeting projects. It was during this time that Whetzel discovered the piece of her heart in the choir room.

“Marvin Blevins came in to do the lighting,” she said. “He knew my dad was Scott Mouse, so he came to me during the remodel and told me there was something special written on the wall above the ceiling of a previous remodeler. There, inscribed on the wall, was the name ‘Scott A. Mouse,’ my dad.”

Whetzel said many people do not realize that the original church burned down.

“There are not very many people who remember the old church before it burned down in 1957,” she said. “It’s important to have memories of the church for the young kids who are in the church — for the people who are growing up and wondering what it was like and what it used to be. There should be memories. There have been a lot of prominent people who have gone to church here.”

Whetzel said many members of the congregation helped with the rebuild.

“We rebuilt the church and went to the college to attend church while it was being rebuilt,” she said. “I remember during the rebuild helping with the process and painting rooms. All the church members pitched in and helped clean up, paint, move furniture and hang ceilings. It was an exciting time. It was a huge project, a labor of love. I think it was during this time where we all helped with the rebuild, that my dad left his name on the wall. The year he wrote, ‘1961,’ would fit the rebuild timeframe.”

Whetzel said she was grateful for her sister’s legacy in leaving the memorial for the church.

“Marcy always loved this church,” she said. “It was always near and dear to her heart. She moved away from Emporia for a time and was instrumental in several congregations. She didn’t move back here until 2004. She was an integral part of her church while she was in Orlando and in Colorado Springs. So, church meant a lot to her. She and her family moved back when she was diagnosed with Parkinson’s disease. She came back to this church during her time here as much as her health allowed.”

Whetzel said from person to person and from generation to generation, members of First United Methodist Church pass it to the future.

“Through the generations, pastors have changed and the congregation has changed,” she said. “We do have a pretty big group of young people. You can tell that by the amount of kids who come up for the children’s sermon. We have a wonderful staff for the young children and that is a strength of our church.

“There have been many generations coming to this church. I have two children — one lives in Kansas City and the other in Colorado. My children and their kids like to come to church here when they come back to Emporia to visit.”

Whetzel said the church was beautiful in a material way, but the real beauty of it could be felt inside the church.

“Even more than that, this church has a real sense of family,” she said. “You feel that whenever you come to church here. We have volunteers helping with all of the projects. The people who volunteered to paint this choir room — putting up trim and just getting together to make a project come together — is so special.

“I’m going to leave my name just like my father did. I will leave mine in the bell tower because I sing in the choir and music is so spiritual for me. I get spiritually uplifted whenever I hear music. It’s special to me. Somebody will see my name someday, just the way I saw my dad’s name. It makes you wonder how many other names were left around this church.”